Using the data obtained by the Five-hundred-meter Aperture Spherical Radio Telescope (FAST), an eclipsing binary millisecond pulsar, named PSR J1717+4307A or M92A, was discovered in Globular Cluster (GC) Messier 92 (M92). This is the first pulsar known in M92, with a spinning period of 3.16 ms and a Dispersion Measure (DM) of 35.45 pc cm-3.

Follow-up observations show that this binary system is in a circular orbit with an orbital period of 0.2 day and a radius of 120 thousand kilometers. The companion is a 0.18 solar mass star, evolving to be a sub-giant. Due to the compactness of the orbit, materials from the companion are being swallowed by the pulsar. Such a binary system is nicknamed a ‘redback’ spider. Like this type spider that the female ones tend to eat their companions, the pulsar tends to accrete the mass from the companion. Figure 1 shows the pulsar signal and timing results of the pulsar. 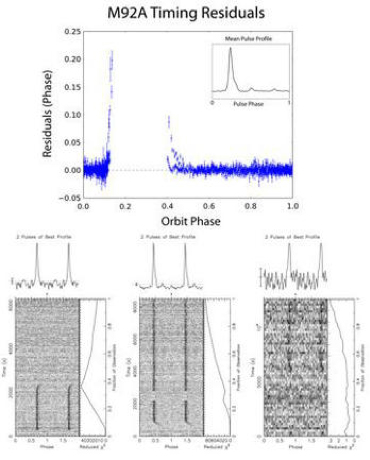 Figure 1. Upper: the timing results of M92A. The absence of data points between the orbit phase 0.1 to 0.4 is caused by eclipsing events. The timing residuals increase near the beginning or end or the eclipsing events, showing that the pulsar signal goes through the companion’s atmosphere. Lower: Phase folded data for M92A. Eclipsing events are visible as breaks in data. Left and middle ones are from FAST data, showing that there are shorter eclipsing events after or before the longer one. Right is for the Green Bank Telescope (GBT) observation. The difference in sensitivity is obviously. (Credit: Pan et al. 2020)

Led by Pan, Zhichen and Li, Di from the FAST team of National Astronomical Observatories of CAS (NAOC), this work has been accepted by Astrophysics Journal Letters and was highlighted by the American Astronomy Society (AAS) Nova site on April 17, 2020.

Since the discovery of the first pulsar in 1967, thousands of pulsars have been found in our Galaxy. While some are located in the Galactic plane, we’ve also observed a population of pulsars in GCs that orbit the Milky Way. Figure 2 is the image of a GC. These pulsars are a useful tool for probing a very different environment: the dense stellar cores consisting of stars as old as 10 billion years. To date, there are 157 pulsars discovered in 30 GCs.

M92A was first detected on October 9, 2017, during the commissioning of FAST, which has seen its final successful review in January, 2020. With more than twice the collecting area of that of the Arecibo Telescope in Puerto Rico, more discoveries are expected soon and will significantly improve our understanding of the pulsar population in the Milky Way and of related astrophysics, such as massive stellar evolution and equation of state of condensed matters. 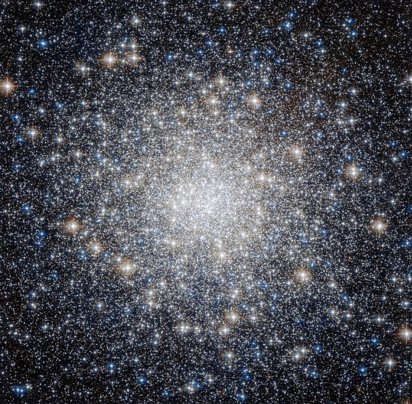 Figure 2. An image of GC M92. The pulsar M92A is embedded in the dense core.(Credit: ESA/Hubble)

It is highlighted at https://aasnova.org/2020/04/17/pulsar-discovery-from-an-enormous-telescope/